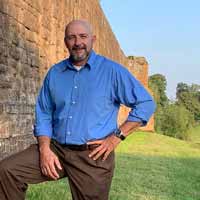 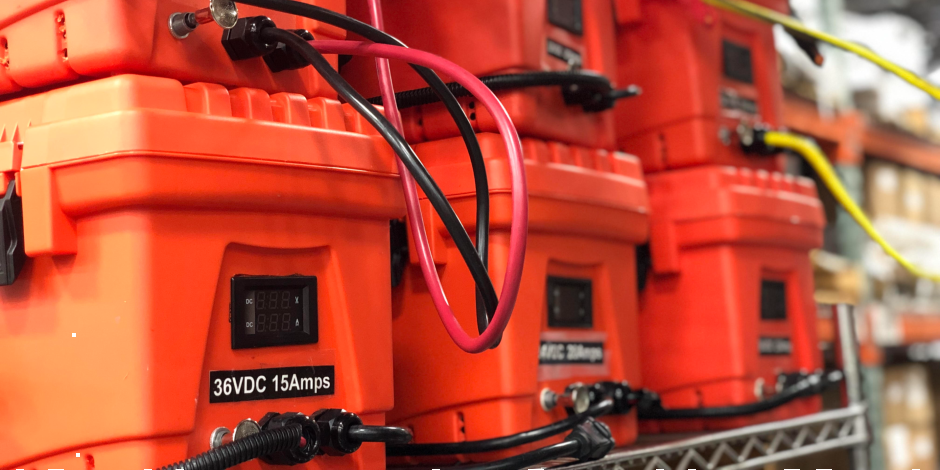 Not long ago, battery-powered vehicles were a rarity. Today, it’s relatively easy to find them driving around town; in the future, however, they may be the sole type of vehicle on the street. In fact, California and Massachusetts plan to end the sale of gas-powered vehicles and switch to 100% electric vehicle sales by 2035.

While many focus on the future of the vehicle market, the sale of other types of gas-powered engines will be banned much sooner — as early as 2024. California is leading the way by banning small gas engines used in many commercial and home maintenance and lawn care applications like lawnmowers, pump sprayers, and power washers.

What are the implications for professionals in soft wash, lawn care, pest control, and other industries that use high-pressure pumps? Is battery powered equipment powerful enough to maintain operations?

Professional Equipment Batteries of the Future

Many small equipment operators and OEMs are concerned. Not only will they need to invest in new battery technology, but there are doubts about how well that technology will perform. In particular, there are concerns that operators will need to constantly change out batteries, maintain extra battery supplies, and simply run out of juice before the job gets done.

Battery power has come a long way, however. The good news is that as companies like GM, Ford, Chrysler, and others pour money into advancements of electric vehicles and the batteries that power them, their discoveries will benefit other industries, too, including the small equipment industry.

A few of the battery technology advancements being made include:

Lithium-ion and lithium-iron phosphate (LPL) batteries are the dominant batteries used in most electric vehicles and also cross over to smaller equipment. Battery life for lithium batteries has improved significantly in recent years. Whether they will forge the future of battery technology is yet to be seen. That’s because, despite improvements, their current power capacity still lacks the longevity that most operators would like to see.

The technology has allowed for smaller, more powerful battery packs but still lacks sufficient run times for some applications. Plus, the time to recharge them can leave operators standing idle. Further concerns include a potential lithium shortage as the demand rises, as well as the environmental impact of mining lithium. Still, they remain the battery of choice for the foreseeable future, and advancements are expected.

Lithium sulfur is another type of lithium battery which boasts a theoretical energy density that’s three to four times greater than lithium-ion. Another promising lithium technology is ​​lithium-oxygen batteries which “breathe” air to generate electricity. These technologies are still being developed and have yet to show up on the market, but they show great promise.

The potential successor to lithium batteries are solid-state batteries, but wide availability  may be a decade down the road. As with most new technology, it will be expensive at first and hopefully come down over time. Still, many consider solid-state battery technology the way of the future.

Solid-state batteries use safer, non-flammable solid electrolytes which are more energy dense. More energy density means they have less self-discharge and hold a charge longer. They also charge faster, can operate in colder temperatures, and use less energy. Some companies, like Toyota, are banking on solid-state batteries to fuel the future of their vehicles, investing heavily in their development.

Some have suggested that hydrogen batteries may be an alternative to lithium. Hydrogen fuel cells are comparatively smaller and use a chemical reaction to generate power. Though proving reliable in their prototype stage, hydrogen batteries will be expensive and the limited availability of hydrogen will likely make them impractical.

The greatest challenge will likely be the lack of infrastructure. While building conventional charging stations for regular batteries is a feat in itself, building a hydrogen production and distribution system will require a major infrastructure overhaul. The jury is still out on whether manufacturers will invest further in the technology or opt for other power sources.

The Need for More Efficient Equipment

The commercial pump industry needs to come to grips with the fact that battery powered technology is the way of the future, regardless of where that technology stands today.

It’s critically important to understand, however, that better batteries aren’t the only answer. You can have the best battery on the market, but if the equipment operates under too much load, it will still drain the battery faster than necessary.

Many operators blame poor battery technology as a reason why an electric high-pressure pump might need to change out batteries too often. But there’s a good chance that the problem is in the pump design, not the battery.

Equipment efficiency is the key. In regards to high-pressure pump equipment, you want a pump that has the highest efficiency possible, within the 90th percentile. Achieving that efficiency at high pressure is a challenge with some pump designs which might come in at only 70–80% efficiency. Of course, a pump with poor efficiency will drain a battery faster because it has to draw more amps to achieve its rated performance.

That’s why the simpler design of an electric plunger pump is ideal for battery powered high-pressure applications such as soft wash, pressure washing, agricultural sprayers, misting units, pest control, and others. Their design is inherently efficient, allowing an operator to go an entire day on a single charge. And yes, that’s using today’s battery technology. Future advancements in battery technology will only expand the possibilities.

As you can see, the key is not just in developing a long-lasting battery with ample power; the equipment it runs also needs to use as little of that power as possible while still delivering its rated performance.

Pumptec’s electric plunger pumps operate at 93% efficiency, meaning most pump operators can simply charge their pump overnight and have it ready for an entire day’s work in the morning. To achieve that efficiency, operators don’t need to compromise power or performance. Our pumps maintain consistent flow and pressure and are highly durable, bringing years of reliable operation.

For OEMs trying to engineer their sprayers, misters, commercial cleaning equipment, and other pump equipment to convert to battery technology, consider the role that the pump unit’s efficiency rating plays. To learn more about Pumptec’s innovative approach to improved battery-operated performance, contact our team today. 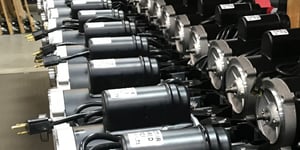